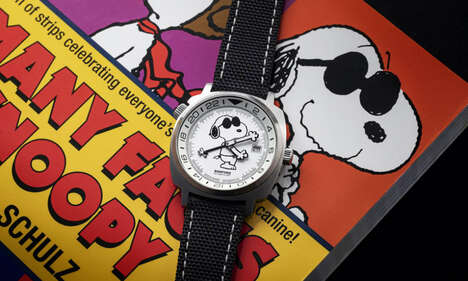 The Bamford × Revolution GMT Joe Cool Watch is an effortlessly laid-back timepiece that will provide wearers and collectors of all kinds with a way to put an iconically recognizable cartoon character on their wrist.

The watch is named after the alter ego of Peanuts character Snoopy named Joe Cool and features the sunglasses-wearing cartoon positioned right on the dial. The cartoon dog’s arms act as the hour and minute hands, while the second hand is accented by the character’s recognizable pal Woodstock the bird.

The Bamford × Revolution GMT Joe Cool Watch is powered by a Sellita SW330-2 automatic movement and comes with a simple black Cordura strap that will contrast well against the 40mm stainless steel case. The initial run of the limited-edition timepiece consists of just 100 examples priced at $1,900 each.