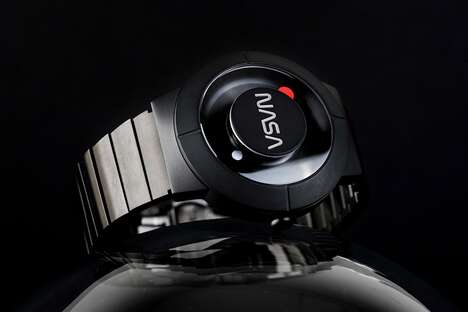 With the return of NASA’s nostalgic ‘worm’ logo, Richard Danne, the logo’s original designer, developed the Space Watch for cosmonaut enthusiasts. The limited-edition timepiece proudly sports NASA’s retro logo, which is displayed prominently in the center. Surrounding the logo, the Space Watch features a pair of planet-inspired spheres that act as the hour and minute hands. The watch, which Anicorn sells, comes in two colors: Jet Silver and Space Black.

With its minimalist design, the Space Watch was inspired by the barren nature of space itself. The limited-edition watch comes with two bands—one in black stainless steel and one in black leather. The novelty item is packed in a metal film canister and a NASA patch, an autographed plate, and a booklet.