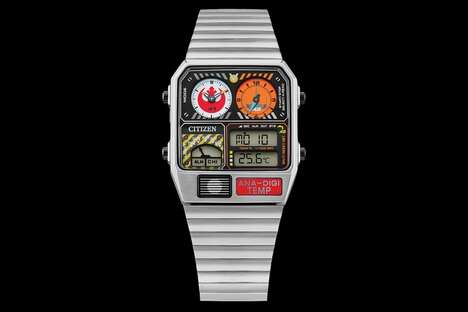 The Citizen Star Wars Rebel Pilot timepiece is a sci-fi-inspired accessory for avid fans of the namesake franchise to pick up when looking for a way to incorporate a touch of retro style into their wardrobe. The watch is designed to look like the kind of timepiece that an X-wing Starfighter pilot might wear on their wrist when in and out of the cockpit. The accessory calls to mind retro 80s watches and is paired with two digital displays along with a digital mode indicator, two analog dials and a thermometer for easily tracking temperature.

The Citizen Star Wars Rebel Pilot timepiece has been unveiled alongside the Trench Run model that has the aesthetics of the Galactic Empire in mind for villain fans to choose.

Summer Whites for Moms and Minis